GRACE present at the French Presidency of the European Union

In June this year, GRACE was honoured for our colleague Sara Falconi (Seconded National Expert, EUROPOL – EC3) be invited to speak at the seminar organised by the Central Office for the Fight against Serious and Violent Crimes (OCRVP) of the French Central Directorate of the Judicial Police as collateral event of the French Presidency of the European Union, from 14th -16th June in Paris.

The seminar, called Combatting child sexual exploitation, was attended by a wide network of experts in the CSE domain, and provided a wonderful opportunity to showcase the GRACE project which was well received by the audience. 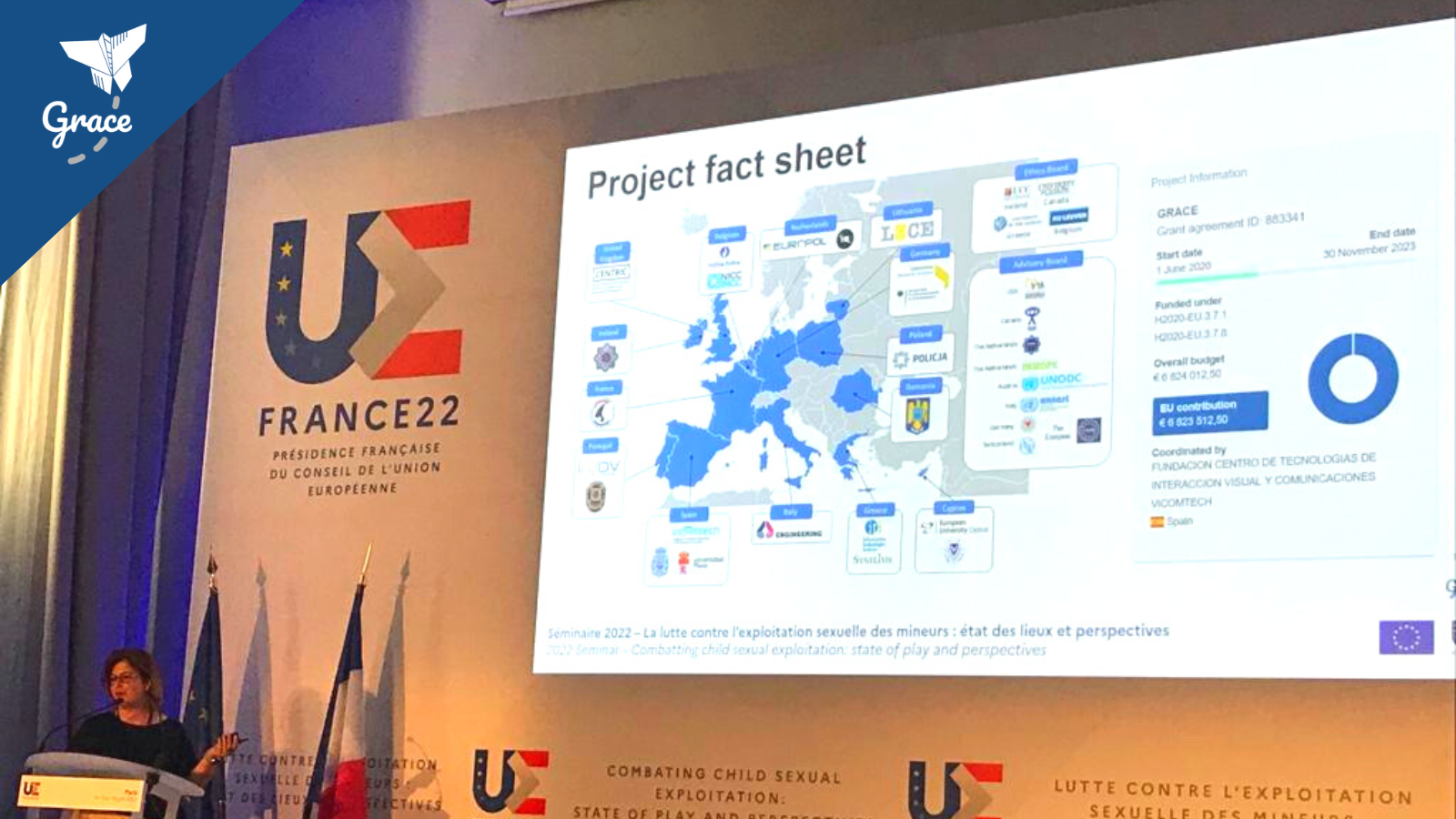